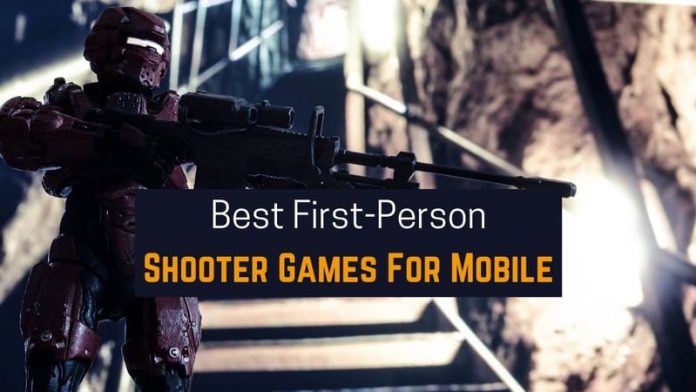 First-person shooter games are some of the most popular games on today’s market. People can’t get enough of FPS games, and it’s not hard to see why.

Today’s graphics and digital action are clearer and more realistic than the gamers of the past could even have imagined. The simple format of a good first-person shooter game is also a large part of the appeal.

If your fingers are trigger-happy, you need not look far for a satisfying FPS game on mobile. Of course, you could skip the games and buy a legit gun online. However, you’ll have a more instantaneous sort of fun playing a mobile game.

Check out a quick look at a few of the most popular mobile first-person shooters on the radar today, and start the fun now!

You can’t speak on cool first-person shooter games for mobile without the mention of Call of Duty: Mobile. Call of Duty is one of the most successful gaming empires of the 21st century, and the mobile version definitely measures up to par.

The mobile version of Call of Duty is pretty standard. There’s a regular PvP (player versus player) mode, along with a 100-player battle royal mode for players to experience different intensity levels in their play.

Hitman Sniper sports a different level of intensity. If you’re familiar with the Hitman series, then you know this game is all about stealth. Hitman Sniper places you in the position of a sniper.

You have to make shots and wrap up missions without drawing attention to your location, so be sure to put some thought into every trigger pull. The mobile game costs 4.99, but it’s worth the price if you prefer strategy over raw, fast action.

Player unknown Battlegrounds for mobile is similar to the ever popular Fortnight in format. However, the mechanics of the game, the gear, and the weapons are surprisingly excellent for a mobile build. Fortnight is another excellent game available on mobile devices, but it’s not available in the Play Store. Either way, both games definitely hit the mark for avid players.

If you don’t prefer your first-person shooters to be super realistic, then Dead Effect 2 may be what you seek. The game is a mixture of horror, survival, and RPG, so there’s a lot more involved in growing your character than other mobile FPS games. You’ll have to spend some extensive screen time to feel like you’ve conquered Dead Effect 2.

Into the Dead 2 is another horror, survival first-person shooter. In this game, you run through fields trying to survive a huge wave of zombies who want to eat your face. You get some pretty cool guns along the way, and the gameplay is pretty straightforward.

Best Tips: How to Paint the Old Radiator

Duct Heating and Ventilation: a Guide for an Efficient System

What Factors to Consider When Choosing Vacuum Sensors

50+ Adorable Side Belly Tattoos for Girls

5 Reasons To Train As A Nurse Educator